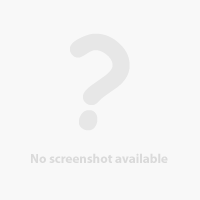 These five airports on the islands of Baltrum, Borkum, Juist, Langeoog and Norderney are all part of the East Frisian Islands off the coasts of Germany and Holland. Borkum is the largest of the islands, located just 30 kilometres from the mainland it is Germany’s most North-Westerly point. Although in the past it was for Whalers and pirates it is now part of a National Park, as indeed are all the islands, and is an unspoilt place to escape to and then spend the week flying from island to island.

Borkum airport, which is one metre above sea level, has one asphalt runway exactly one kilometre long and two grass runways just short of a kilometre each.
Baltrum is known as the sleeping beauty of the North Sea and is the smallest of the islands, whereas Juist is the longest at 17 Kilometres and is only 7 kilometres from the mainland. Norderley has special status with UNESCO World Heritage Status and Langeoog makes up the fifth island. Each of these islands boasts its own airport, ideal for island hoping with twenty combinations for different take-off and landing places.